How to Really Give Up a Grudge

It can emotionally weigh you down, and negatively impact your other relationships. So, why are we still hanging on?

Think of the action words we use to describe our behavior around resentments: We “hold on to” OUR grudges and we “carry” OUR resentments. Grudges don’t hold on to us, we hold on to them; and resentment doesn’t carry us, we carry it. We are in charge; we are responsible! We are the only ones that can let go and put down these weapons of mass destruction.

Here are a few ways to “budge a grudge,” and find emotional freedom:

Recognize where you are indeed resentful and angry. It doesn’t matter how spiritual or Zen you are, or how much green tea you drink or how many yoga poses you nail, you are still human! We are all vulnerable to the vast array of human emotions, both positive and negative.

Recognize the amount of energy you’re expending on the hurt and betrayal. Many clients say that since they don’t consciously think about the deed they resent, they don’t really think it’s a problem. But it’s naive to think that what we are unaware of can’t affect us. Because suddenly we’re short-tempered and we don’t know why. Or a child asks us why we always look so angry and yet we had no idea that’s how we continually come across. The truth is things we don’t get can still get us. 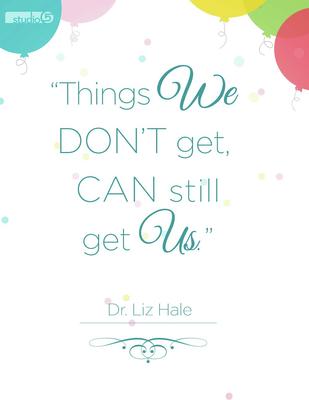 If you have been holding on to a resentment for a long time, it can be frightening to let go of it and no longer feel angry…because anger makes you feel more powerful. Armed with anger, we feel more prepared to protect and defend at any moment; and without it we fear we would be defenseless. Prolonged anger, however, does more damage than good. The more stressed and angry we are, the less likely we will have the resources to deal with another more important issue that deserves our full attention. There is only so much room in our head and heart; be a wise steward of what remains with you and what you disregard.

We allow other people to take up free rent in our souls and psyches. We become what we practice. It turns out that letting go of grudges is as habit-forming as keeping them! Let go of the little offenses that happen day in and day out. Do not give another person your power. Only YOU are responsible for ruining your day; no one else is. When I hold on to a resentment, I’m holding on to this particular person; they’ve become attached to my hip and now I take them everywhere I go. Carrying this extra weight is a burden; it’s exhausting and it gets in the way of my other relationships. I can’t fully engage in another relationship because we have this, albeit invisible, third-party attending every party for two! While I may not see it, old resentments and grudges contaminate each and every other relationship in my life.

LIVE THE LIFE YOU WANT

We hold on to our resentments when we try to prove that we are right and someone else is wrong. Resentments can also become an excuse for not taking control of our own lives; we hold others accountable for why we are not fully living the life we want to live. Being a victim is a powerful prison of protection against taking responsibility. Being accountable is the only freedom there is.

This is hard work! Try reaching deep to find compassion for the offender’s shortcomings, not the deed itself. What insecurities or fears motivated them? Why is this person’s heart so closed? What caused their moral blindness? Forgiveness refers to the actor, not the act….not the offense but the woundedness of the offender. Hurt people hurt other people. 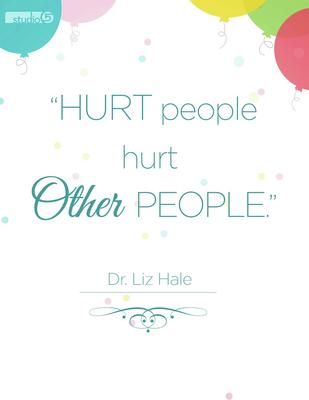 Nelson Mandela’s quote is one of the best I’ve ever read on the topic of freedom when he made his grand, dignified exit from 27 years in prison. When President Bill Clinton asked him if he remained angry at his captors and Mandela said, “I realized that if I hated them after I got outside that gate, then they would still have me.”

The widow of the great writer David Foster Wallace is an artist who built a “forgiveness machine” into which one could feed things they wanted to forgive or be forgiven for. Her work was largely inspired by her anger at her husband for taking his own life. It illustrates the need we have to forgive and release those who hurt us, even when the harm has no remedy. Instead of a forgiveness machine, perhaps an old shoe box could do as a tangible place to lay our grudges that we unconsciously carry around…those we owe and those we wish to forgive.

Research today uses f-MRI’s and other tangible measurements to show the effects of forgiveness. Performing an act of forgiveness lowers our blood pressure, increases our ability to concentrate and focus, and clears cortisol from the bloodstream.

Confucius said, “To be wronged is nothing if you do not remember it.” Try it! Let go of a long-held grudge or let a loved one off the hook by saying, “Just how important is this, really?”

Please log in again. The login page will open in a new tab. After logging in you can close it and return to this page.